To a new seller, inbound leads might seem simple: A customer wants the product, you give it to them, the deal is closed. But like all things in sales, inbound leads are more complicated than they seem. Here’s a rundown of everything you need to know about inbound leads, leads scoring, and turning an inbound lead into a closed deal.

What are Inbound Leads

An inbound lead is a B2B prospect who has been attracted to your company through marketing, a referral, or other means and entered into the sales funnel, ideally with the interest or intention to close a deal.

Put simply, inbound leads are prospects that come to you. These might be an employee at a company who clicked on a landing page, accessed a white paper, or viewed a demo video. These could also be a prospect who has actively reached out to the company about buying your product. The process of selling to inbound leads is known as inbound sales.

What matters for you is that these prospects are not completely cold. They are, to varying degrees, warm prospects, and this means taking a different approach to closing inbound leads than closing outbound leads.

Inbound prospecting means getting in touch, helping advise the prospect down the sales funnel. An SDR prospecting an inbound lead is attempting to both sell the prospect on the product, while also evaluating whether the prospect is a good fit themselves.

Outbound prospecting on the other hand is all about hard selling. Tracking down someone who could use the product, getting in touch, generating interest, and staying in touch however you can to see the process to a closed sale.

Because outbound prospecting involves cold outreach, it is often considered harder than inbound prospecting. That said, really, they’re just different processes, with different approaches required to perform each one.

The Two Types Of Inbound Leads

Now you know what an inbound lead is and how it differs from an outbound one, but there’s still a lot more to learn. As a salesperson, you’ll see the terms MQL, SRL, and SQL bandied about a lot, so let’s clear up what those are.

You’ll see the terms MQL, SRL, and SQL bandied about a lot, so let’s clear up what those are.

MQL stands for marketing-qualified lead. This is just another way of saying a basic inbound lead. It means a lead that responded to a piece of marketing or content. Sure, they’re a warm lead, but really they’ve just expressed a slight amount of interest.

An SRL, a sales-ready lead, is formed when an MQL takes a step to reach out to your company. They may have filled out a form on a landing page or sought out another way to reach out.

These are the two types of leads an inbound sales team will receive, but there’s one more step. A sales team steps in to turn an SRL into a SQL, a sales-qualified lead. This means the team has evaluated the lead and confirmed that not only are they interested, they are able to buy.

In short, MQLs and SRLs go into the funnel, and become SQLs as they move farther down.

Many companies have predetermined systems to score an inbound lead. This is essentially a math problem, with values set for each action a lead takes. Clicking an ad could be 2 points, whereas responding to a call could be 5 points. Ultimately, this is meant to automate the evaluation process in order to prioritize leads that are truly interested.

Here’s an example of a hypothetical lead scoring rubric:

Just because leads came to you doesn’t mean inbound prospecting is easy. Here are 6 simple tips sales pros use to get their prospects from mildly interested to a closed sale.

1. Speed to first touch: Did you know that waiting even 30 minutes from initial interest can lead to a drop off in closed deals of 95%? After 24 hours, a warm lead is essentially ice cold, so making contact quickly is crucial. That said, we recommend waiting at least 5 minutes to get in touch. People can get creeped out when they click an ad and their phone starts ringing.

2. Always be helping: The days of badgering a prospect to buy a product they don’t need are over, and with good reason. Taking a consultative approach to sales not only leads to more deals, it also leads to better deals with a longer lifespan. So listen to your prospect, learn as much about their needs as possible, and make their life easier. Your quota numbers will thank you–prospects can tell when you’re playing them for a sucker.

3. Ask open-ended questions: Let’s say you’re on a call with a warm prospect, and you ask if they have purchase authority, and they say no. Now what? You’ve basically ended the conversation for the two of you. On the other hand, let’s say you ask the prospect what their budget process looks like. Now you’ve started a rich line of conversation to learn from. Even if they don’t have purchase authority, now they can tell you who does.

By asking open-ended questions instead of yes-or-no ones, you can improve your discovery, keep the conversation moving, and close more deals. Remember, the best objection handling is sidestepping the objection in the first place.

4. Be a bouncer: As an SDR handling inbound leads, you need to remember that not every lead needs to be seen through to the end. Your account executive’s time is valuable, so make sure you’re respecting that time by cutting off leads that aren’t going anywhere. In setting a call with your AE, you might hit your quota for meetings set, but you’ll sour the relationship. So kick bad prospects to the curb.

5. Value the long term over the short term: In saas sales, the contract is king. Prioritize building a customer relationship that’s not solely focused on an initial sale, but also builds toward a long future of renewals and upgrades. Think of every SQL as a partner that you’re investing yourself in. Adapting this type of framework will pay dividends down the road.

6. Don't be afraid to get outbound about inbound: Often times a MQL will engage with a piece of content and then vanish. This is a great time to pull out some trusty outbound sales tactics to try and reel them back in. Have a sales rep call a flatlined inbound lead and use that time to address any concerns or obstacles that the prospect may be dealing with. Mixing the general inbounding approach with a more bespoke outbound approach is a great way to turn an MQL into an SQL and eventually land a deal.

With your newfound knowledge and insiders tips, we know you'll be ready to turn a prospects mild interest into a profound desire to buy. Just wait a minute or two before you give them a call. 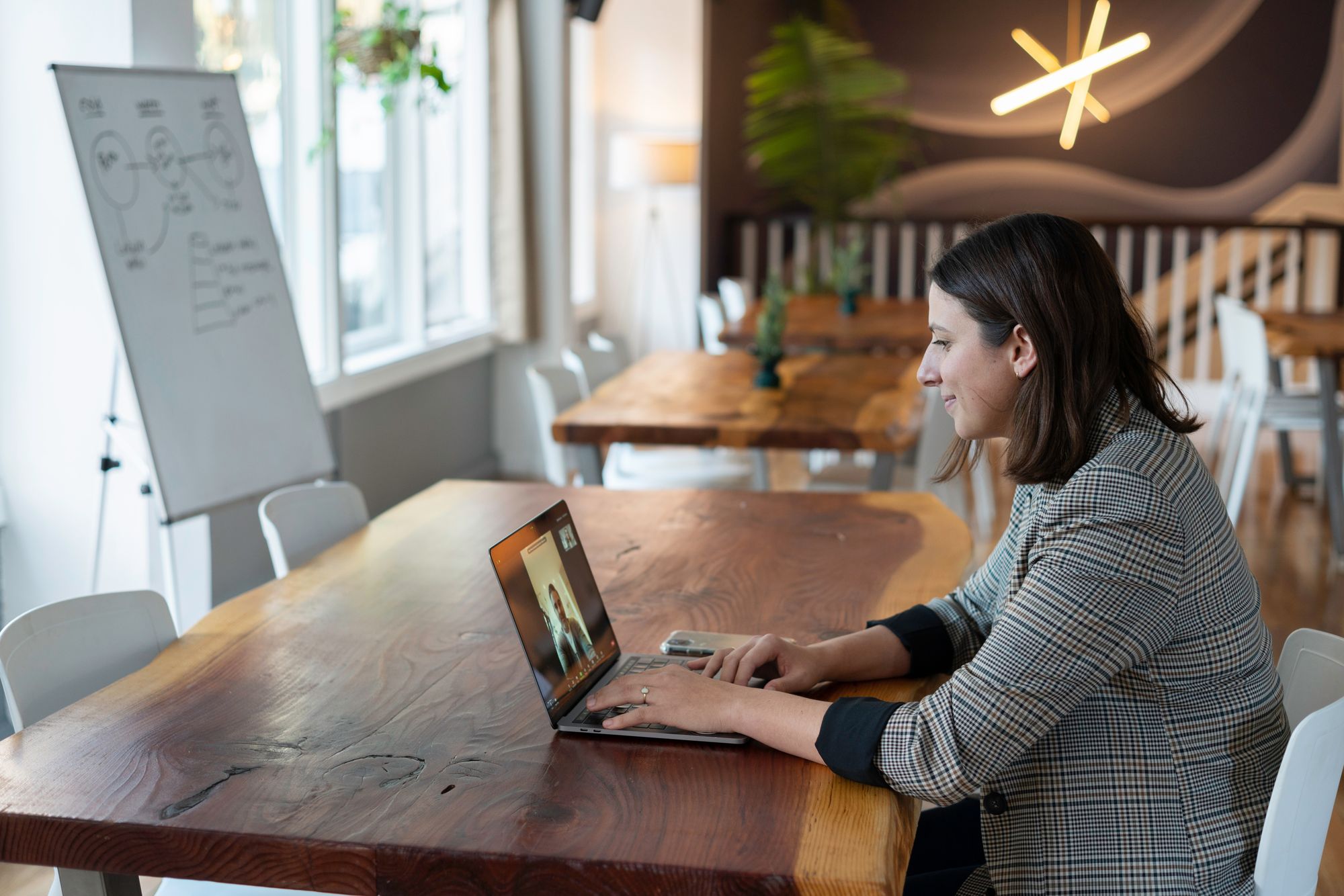 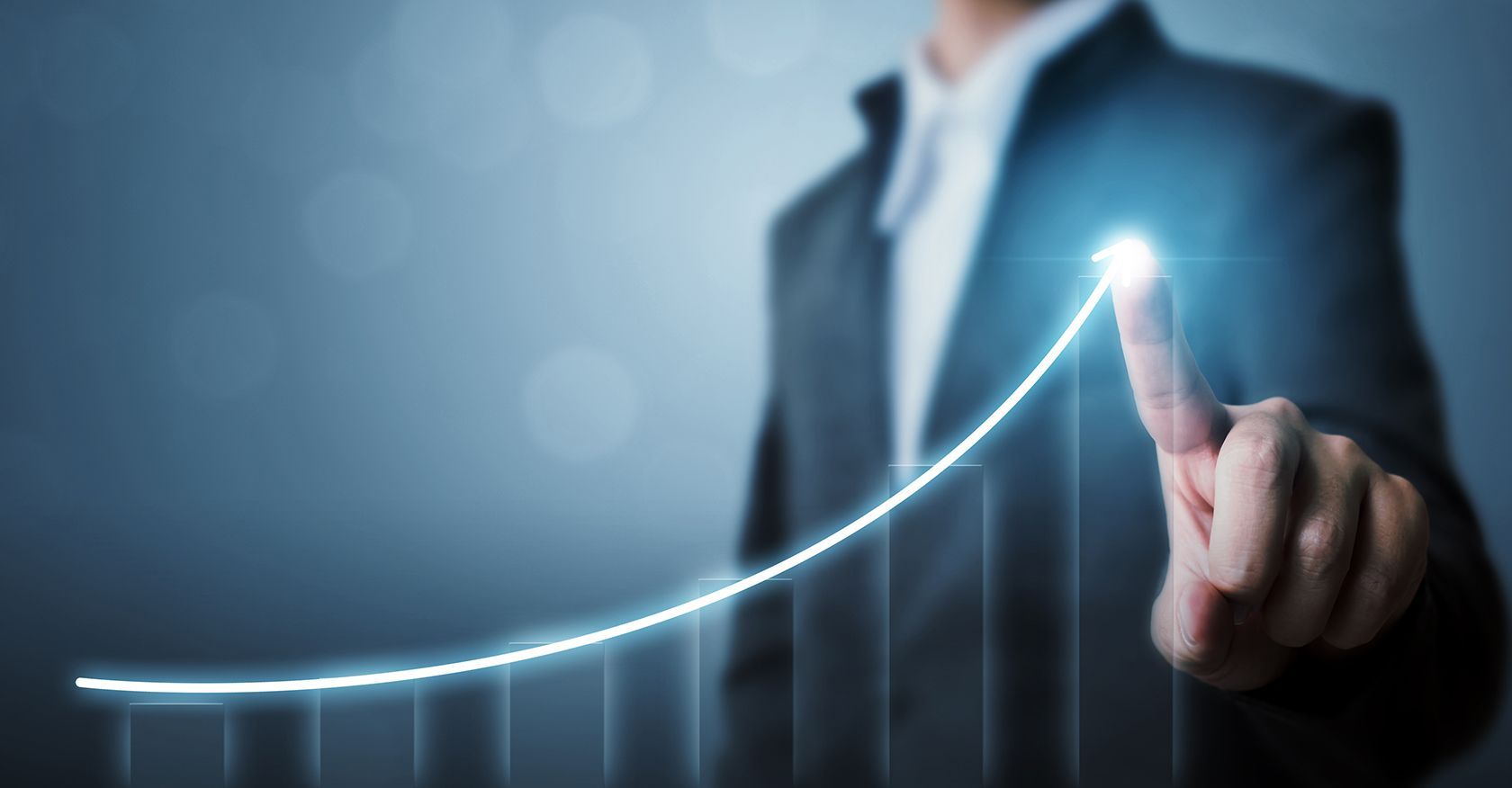 What Is Tech Sales, And How Much Does It Pay? 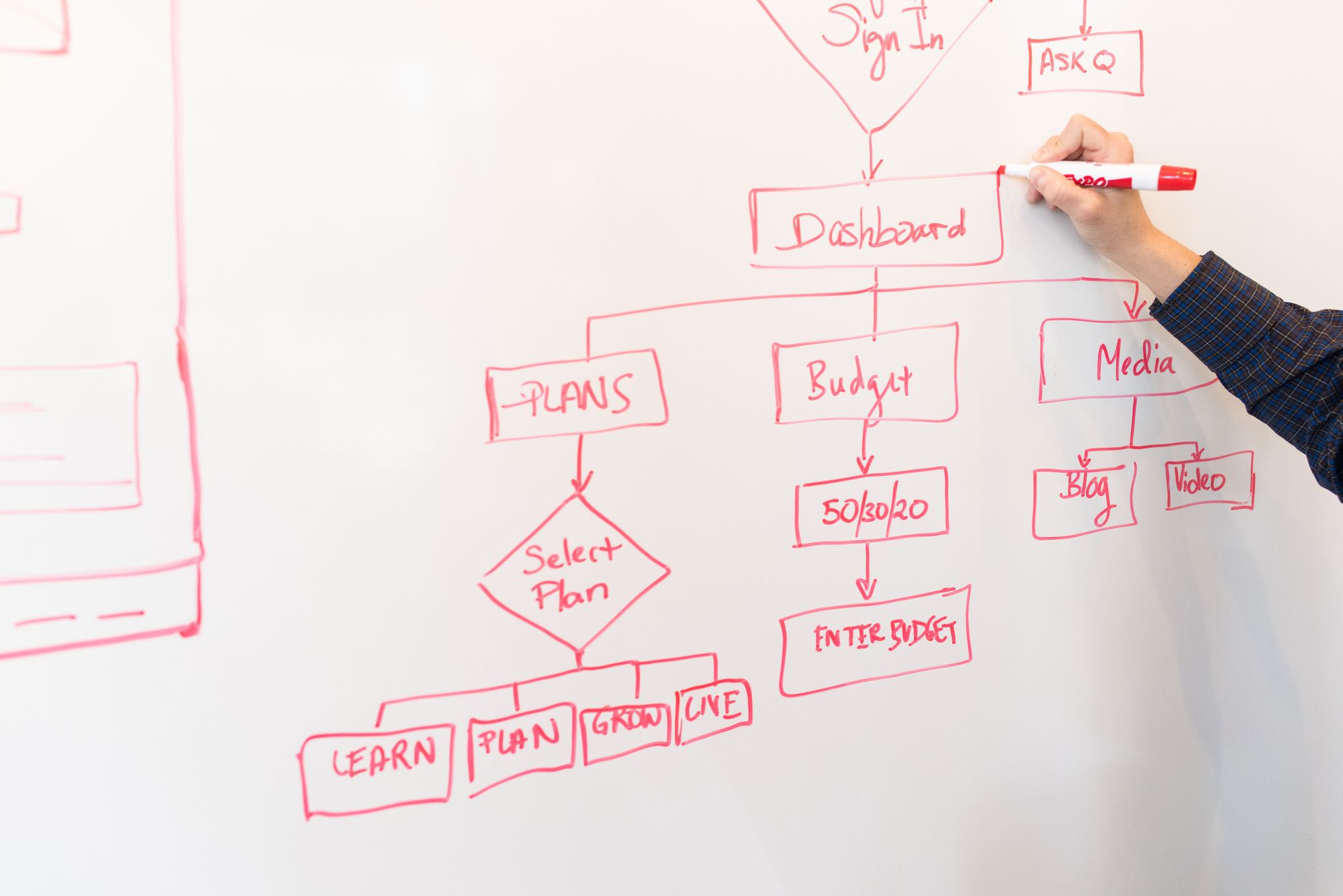 Crushing Quota in 2022 with MEDDPICC: A Step-by-Step Guide 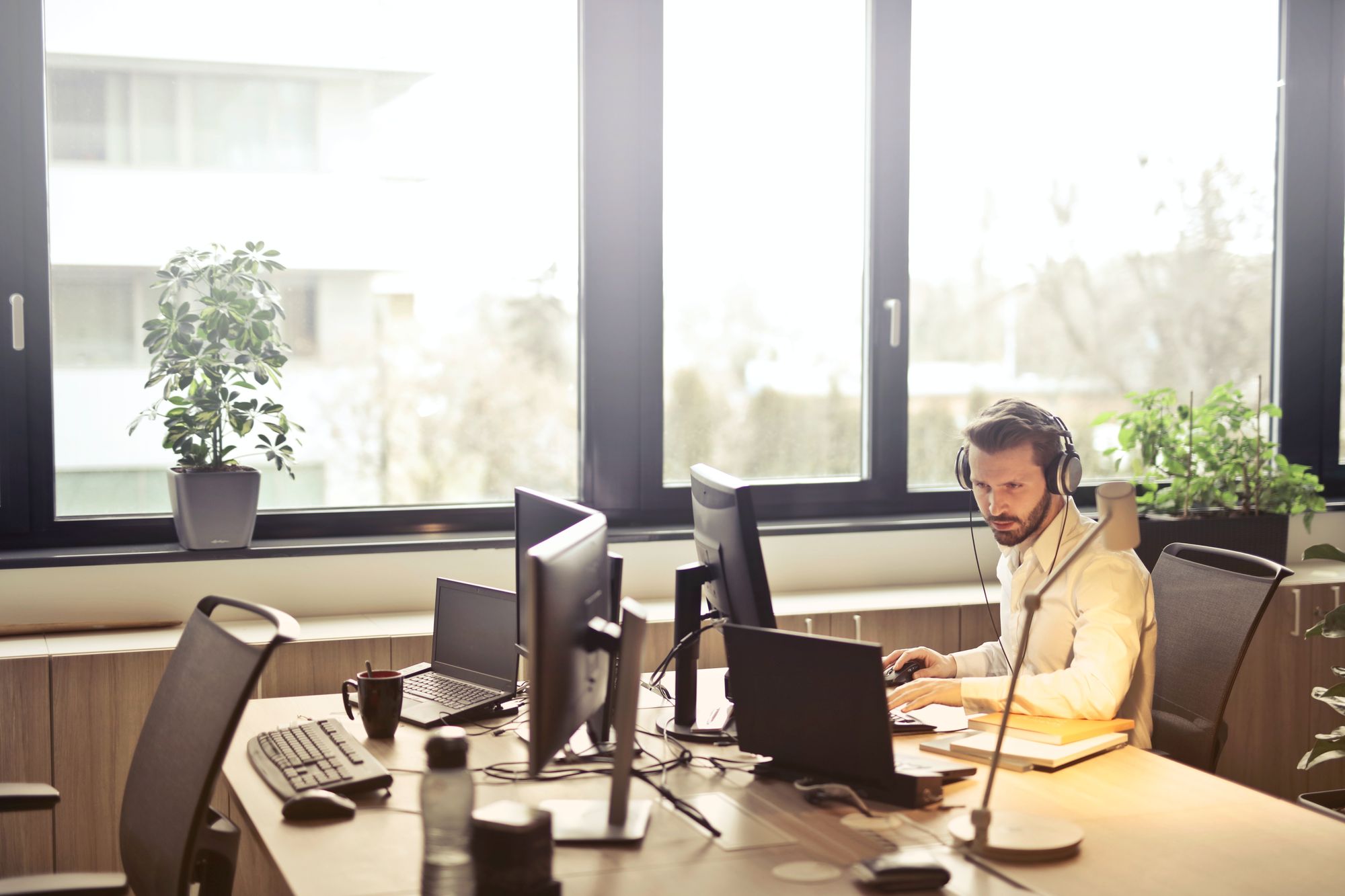 Target Account Selling (TAS): What is it, How to Do it, and Does it Work?