Doing the job without the title

Recently was asked to essentially run another department of the company until further notice.

Others doing my current job and these duties now being asked of me (at other companies) would be considered a different title and increased level of pay.

That said, when I told my boss this is how it would work and what I would need to make it make sense, he said: "Yeah I just don't know if we are there yet, and you know we typically look for people to do the job without the title before getting the title."

Okay so yeah our VP of Customer Success you just hired...did you have him do the job for free for two months before you gave him the gig?

Btw - more work for without more money is basically a demotion. And oh yeah, PS when I was still an AE I ran the sales dev team (my current job) for two months before it became an official promotion.

Unleash the chat - am I wrong in declining, and is my superior a nutbag for saying what he said or am I overthinking things?

Are my bosses cheap AF
Attached poll
*Voting in this poll no longer yields commission.
💰 Compensation
🚀 Career Goals
💆‍♂ Mindset
14
22 comments
Sort by:
Best
This is tough, but if that's how it went before, and you were eventually rewarded for your efforts, perhaps you gut it out and hope for the same outcome?

Either way, I say take the opportunity, knock it out of the park for a couple of months, then at that time if they don't compensate you with what you deserve, take that new found experience and go and get that same role elsewhere with the actual title and compensation. Either way you get what you want!

Money and titles can come and go, but you can market your past experiences to potential employers for the rest of your career.
This is exactly what I would do too
This is great advice.
Honestly at our company, my title is AE and the job description is to close new business. but we're also BDR's, CSM's, Field Event Marketing, Demand Gen Marketing, Support, Data Hygienists, baby sitters and much more.

But that was probably all part of the job when you initially signed up right?

It's not like a month in they let go of the entire BDR team (if you even had one) and said go find your own leads lol.

I'm living in a world where people were let go, and now it's - hey he can do it for now.
Lol, yes fair point you have here. It's more of a choice on my part. If I want to be successful, I need to prospect and get my own clients, and keep them happy and not rely on the people who's job it is to do those things.
We didn't lay those people off, they definitely still work here, but that's showbiz
Show 1 more replies
Hmm.

So technically you've had to "prove" yourself before. What makes you think this time will be different?
Because the company made a sticky move that I think in the long run they don't see these two jobs being one and are just looking to have someone for the short term until they find someone else to just do that job.

Because if I did both of the jobs, in the long-term, it would require moving someone on my team up to a player/coach team lead and my boss hates that idea in general.  He's not a player/coach fan.
Kinda sounds like you've got your mind made up friend. Gotta do what's best for you 💯
Show 1 more replies
Happened to me, got the promotion, equity, and new title the following quarter. Worth it.
That's great news!

More success stories like this are what I need to hear!
No title/ no raise... no increase in duties. That’s the whole purpose of a job & money... so many companies take advantage of dangling titles and praise instead of paying for a job done & better for a job done well. This is why we burn TF out
Amen!

More work with the same amount of pay is a demotion.
Always know what needs to be accomplished and by when.
Specify a time frame and KPIs or results to be achieved.
At the end of the agreed time frame you terminate, or get the title AND the salary. That's how grown-ups do it.
And if leadership can't provide an agreement based on timeframe and KPIs?
The phrase "how the fork am I supposed to know if I'm doing a good job?" springs to mind!
Seriously now, if leadership can't provide that, then I'm looking for a new job, because that's not leadership. If they don't know what success looks like then they are headed for failure.
Tough scenario this.

I think Chubbs has pretty much nailed it tbh
I would wait until the start of the next quarter, during qbrs / reviewing performance to bring up compensation / promotion.
There is a line that you can walk where you do put in some extra effort to get where you need to be and prove your skill at times but this sounds like crap to me
Depends on the stage the company is in. I've been in a similar position at while we were still living off our first seed round. I decided to stick to it and make it work - long days for little pay..

It worked out though - just after we closed our Series A, there was room for a promotion and a bump in salary. Even though it still wasn't my best paying gig, after that I go all room to grow my team and I would've never had that experience if I wouldn't have sticked with it.

That being said - after that I moved to another company where I almost doubled my base with the experience I got. So even though it may be doesn't work out like it did for me (I really feel like I got lucky), the experience you're going to gain will pay off regardless.
Related posts
8
Twll me your job without telling my your job
Discussion
🐱
😂
🏰
23
4
If your title accurately described your job, what would it be?
Question
😂 Sales Humor
12
6
Have you ever been offered a job without applying for it?
Question
👥
🚀
5
Got a job offer without applying?
H2 ve He
+32
H2S ,   verbalzzzzzz ,   Helpmeimpoor   and 32 people voted 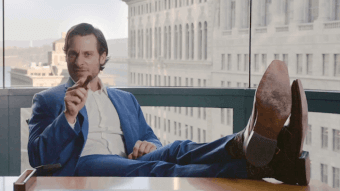 *Upon sign up we require LinkedIn Authentication to verify that you are a sales professional.
Feed Academy Jobs Log In